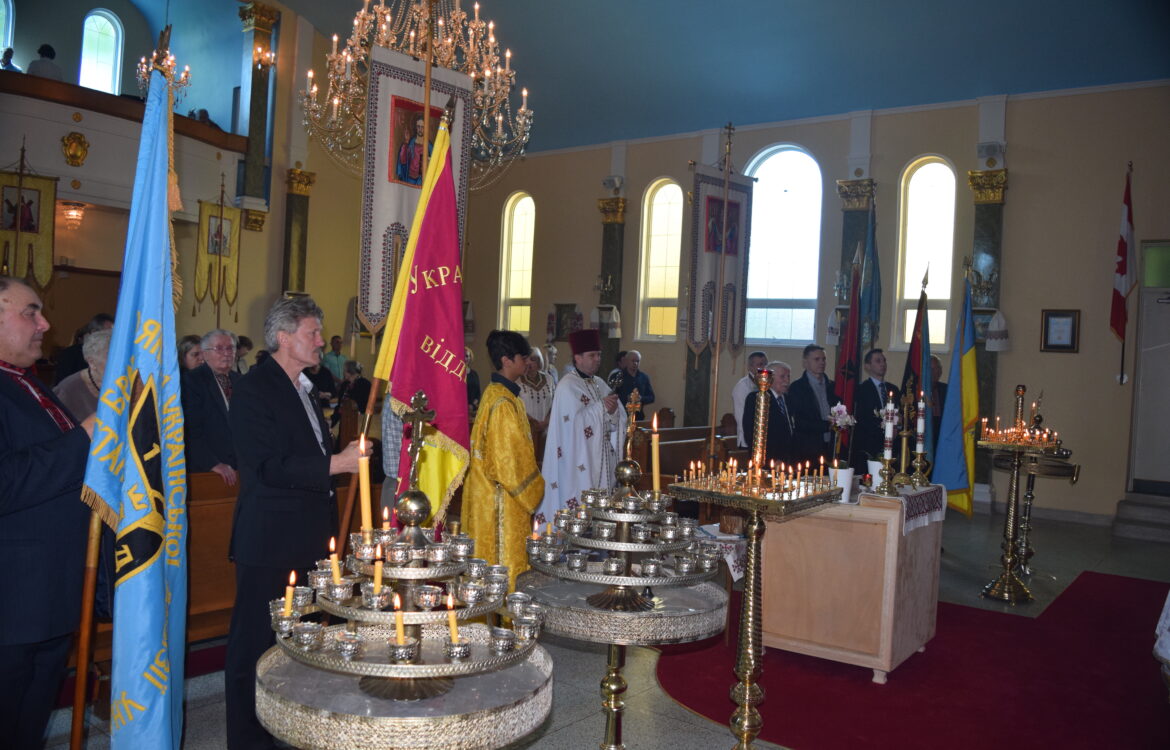 On May 26, 2019, a Panakhyda was held at St. Andrew’s Ukrainian Orthodox Church in Toronto, to honour the memory of two great men. Symon Petliura (1879-1926), publicist, Supreme Commander of the UNR Army & President of the Ukrainian National Republic. Yevhen Konovalets (1891-1938), Colonel in the UNR Army, Commander of the First Battalion of Sich Riflemen, leader of the Ukrainian Military Organization & the Organization of Ukrainian Nationalists. Konovalets traveled to Canada and inspired Ukrainian-Canadian veterans to create the Ukrainian War Veterans Association of Canada in 1928. This is the basis of the UNF family or organizations. Both men were assassinated by Soviet agents for their beliefs. Petliura in Paris, France & Konovalets in Rotterdam, Holland. The UWVA of Canada accepted the responsibility for continued maintenance and care of col. Konovalets’ grave site in Rotterdam, and proudly continues to do so to this very day.