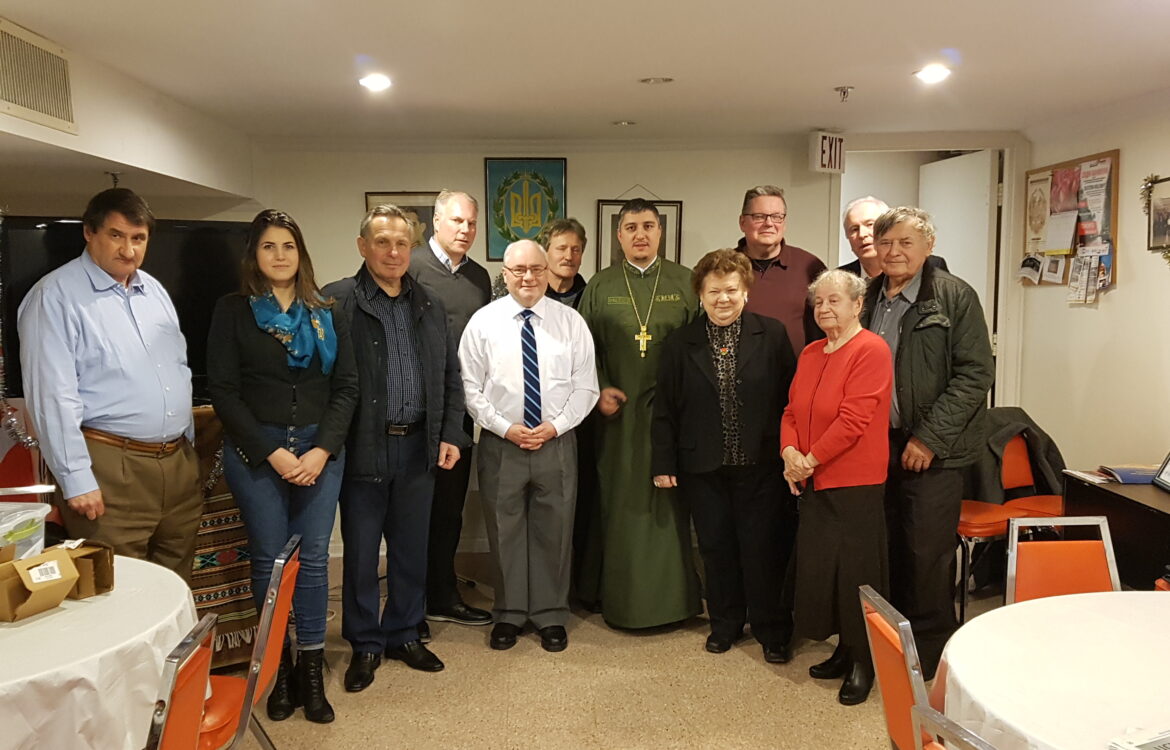 In February 2019, the UWVA partnered with the Embassy of Ukraine to host an Operation UNIFIER Appreciation Event that was attended by numerous senior military leaders of the Canadian and Ukrainian Armed Forces, Ukraine’s Ambassador to Canada, Andriy Shevchenko, and Canada’s Minister of National Defence, the Hon. Harjit Sajjan. President A. Sochaniwsky was honoured to represent the UWVA as the Master of Ceremonies for this event and also share the rich history of our organization with Canadian and Ukrainian soldiers.

In March 2019, the UWVA sponsored the Bobersky Exhibit at the Oseredok Museum in Winnipeg, Manitoba. The Ivan Bobersky Collection Exhibition commemorated the 100th Anniversary of the Western Ukrainian National Republic Independence (ZUNR) by showcasing 43 reproductions of images from the Bobersky Glass Lantern Slide Collection, which featured photographs from World War I battles in Ukraine from 1918-1919.

In June 2019, the UWVA honoured the 75th anniversary of the Allied D-Day landings in Normandy, France that started the end of German occupation of Western Europe.

In September, the UWVA launched its awareness campaign on Ukrainian Prisoners of War. It reminded Canadians that Russia continued to illegally detain 24 Ukrainian Navy sailors and 76 political prisoners. Though the 24 sailors were released shortly after the start of this campaign, the UWVA continues to remind the world of numerous other Ukrainians that continue to be in captivity.

In November, the President and Secretary of the UWVA attended the Ukrainian Canadian Congress National Triennial Congress in Ottawa. At UCC Awards Banquet LGen Paul Wynnyk was awarded the Shevchenko Medal. LGen Wynnyk was nominated for this award by the UNF of Canada and the UWVA of Canada.

Later that month, Ukrainian Canadian Congress Toronto Branch and the UWVA jointly held their annual Remembrance Ceremony. This year’s ceremony had significant attendance from younger Canadians. UWVA members presented POW and Canada Battalion pins to the young attendees.
All in all, the UWVA held or participated in 14 events in 2019.

We have several initiatives underway for 2020 including the screening of the just completed documentary about Ukrainian Canadians in World War II entitled “A Canadian War Story.”

The UWVA of Canada would like to thank the Ukrainian Credit Union Ltd for its continued financial support.

Our organization was honoured to have Father Olexandr from the Orthodox Church of Ukraine attend our AGM and discuss the current situation in Ukraine.